The Clit-erion Collection: Sanatorium - Watch it with the lights on 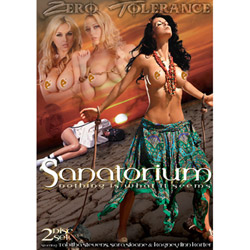