excerpts from SOHO BY SPOTLIGHT - TONIGHT AT 8 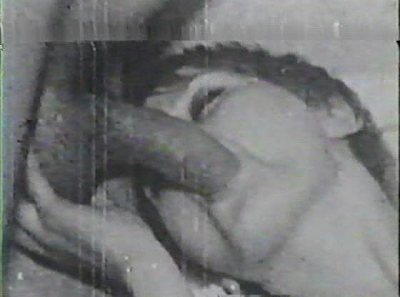 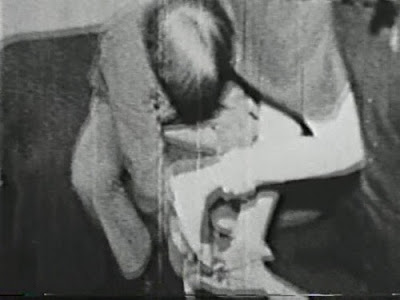 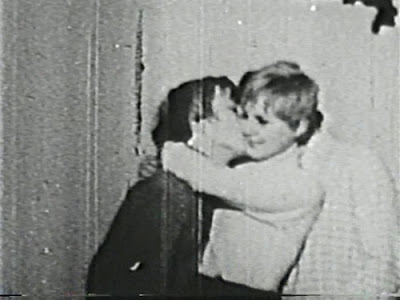 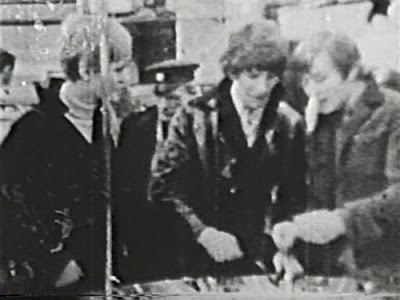 In the form of stag films and blue movies, it was viewed by men, written by men, directed by men and filmed by men. If they hadn’t needed actresses to play a part on camera, it would probably have been made by men as well.

EXCERPT
Back to the upstairs studio, and Albert (or someone) had clearly been busy. The furniture I remembered from my last visit had gone; just a single bed, a table, and a portable gramophone, with a pile of 45s.

Kevin flicked through them while I did some quick lighting tests, then stacked half a dozen up on the player. By the time I was ready, the whole room was jumping, the Stones “Satisfaction” was blaring out of the speaker, and Nick, Kevin and Brenda were dancing together, the girl crushed between the two boys’ grinding bodies. I shrugged and started to film.

Nick broke the clinch first, falling to his knees as Brenda hugged Kevin’s neck, raising her skirt and dropping her drawers, then biting and kissing her bum. I focused on that but stole a glance at her face, and it was just as I thought,. She was so preoccupied with kissing Nick that she probably wasn’t even aware he was down there. But when it was Nick’s turn to fall to his knees, she didn’t miss a trick.

“Okay, what I want you to do is,” I began as the Stones single ended and the next one started to drop, “just keep on what you’re doing. Dance, play, touch, but pick up the speed as we go along, just let things happen naturally. Alright?”

Naturally. Brenda and Nick weren’t even trying to disguise their interest in one another now, and Kevin was doing his best to pretend he hadn’t noticed. Interesting, I thought, as Nick turned round at one point; his cock was still soft, after all of the teasing, and Kevin was the one with a king-sized erection, and he was using it like a battering ram, piling himself in to Brenda’s backside… not into her arsehole, but into the flesh, desperately trying to catch her attention, while keeping a smile on his face the whole time.


REVIEW (from the Vintage Erotica blog)TONIGHT AT 8: Tonight At 8 takes the title by which it’s best known not from its credits (of which there are none), but from an advertising hoarding on the streets of London’s Shaftsbury Avenue, announcing the opening time of a stageshow. The two guys and a girl who spent the first few minutes browsing around showland won’t be in the audience, though; they’re back at somebody’s apartment, with the pop music presumably cranked up full blast (the film is silent, so we'll never know) and dancing in an increasingly suggestive manner with one another.

Had it been set to a Swinging Sixties soundtrack, the Swinging Blue Jeans maybe, or possibly the Yardbirds, Tonight At 8 could be an unseen out-take from Antonioni’s Blow-Up (which we would judiciously retitle Blow Job if it were); the boys are perfectly cast, young and enthusiastic, a little blundering (okay, a lot blundering), and the short-haired blonde object of their attentions might well feel more like a science project than the object of their lust, but she has a good time regardless.

And that’s the appeal of the film, a candid reminder that all of us started out fumbling at first, and how fortunate we’d have been to have had such a patient teacher to guide us. The scene where she kneels to offer the two boys a blowjob, only to be foiled by their continued insistence on playing the dancing fools cracks everybody up and, while things do settle down eventually, it’s in the knowledge that further tomfoolery could break out any moment. A wonderfully human, innocent and enjoyable film, Tonight At 8 is the perfect antidote to the over-scripted choreography of the modern sex film.

(thanks to my friends at Vintage Erotica for permission to reprint this). Tonight At 8 can be found on Classic Stags Volume 21

for more reading, downloads, pictures and more, please visit the Vintage Erotica Forum
Posted by Jenny Swallows at 3:39 AM