Interview with Madame X... Beyond The Dungeon 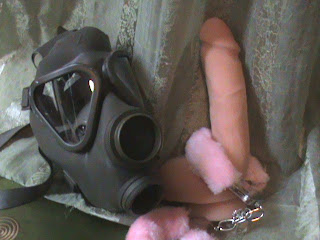 Note: I've chosen to present this strictly in the words of the interviewee, removing my own questions and prompts.
There is one conversation that I can guarantee I will have, at least three times a week, every week of the year. And it goes like this:

“Mistress, I have been a bad boy.”

What did you do?

And how should you be punished?

“You should force me to lick your pussy/asshole.”

Is my pussy/asshole so disgusting that you would consider licking it a punishment?

Then it wouldn’t be much of a punishment, would it?

Followed by the suggestion that my visitor is not so much in need of a Mistress as he requires a woman who will tell him what she wants, and not leave all the thinking to him all the time. At which point a light will go on in his eyes, and nine times out of ten he will answer that that’s precisely what he needs.

Which says a lot about the nature of sexual relations today; not that there are still women who won’t tell their partner what they want him to do (and there’s a million reasons for that, most of which we all have used), but that there are guys who won’t tell their partner that that is what theyneed. Who would rather seek out the services of a professional...and in my case, a professional Dominatrix...than whisper seven little words in their lover’s ear, and not take “I don’t know” for an answer.  What would you like me to do?

But for others, and this is the majority of my clientele, I am a taste of forbidden fruit, a once (or sometimes twice) in a lifetime experience that scratches an itch, resolves a curiosity, answers a question. Again, we come back to regular relationships; it requires a lot more courage and sexual confidence than Mr. Average usually possesses for him to turn around to his wife, Mrs. Average, and tell her he wants her to spank him, to make him dress in her clothes, or to be tied up and denied orgasm for hours.

Well, there is an answer to that question, and indirectly it is what brought me into this field in the first place.

Behind The Scenes
I majored in psychiatry and worked in the field for several years before I realized...no, let me rephrase that, before I had the courage to admit to myself that the vast majority of what my colleagues call the “bread and butter” cases (which is the vast majority of what I was getting) related to sexual issues that neither patient nor doctor was willing to discuss. And I don’t mean the Freudian cliches of everything going back to your mother, or the phallic properties of a cigarette. I mean personal fantasies, sometimes bleeding into unconventional desires, which even the unconscious mind doesn’t want to unwrap.

This is not a secret. Most of my colleagues are aware of it. But it is difficult to act upon an awareness that at best could see you accused of malpractice, and at worst could lead to a prison cell. All too often, and all the more so now society is so litigious, it is for the patient to make that breakthrough him or herself, and for the patient to realize that, while professional help should still be sought, maybe it’s not the same type of professional that your friends at work all recommend.

Many of my own clients have confessed that at some point in their life, they had sought psychiatric help for what they considered to be their “problem”; some acknowledged that it was that that opened their mind up to investigating matters for themselves. But others stumble upon their “answers” on the internet, in conversation with friends, in dreams...or, most recently, in their reading - Fifty Shades of Grey has a lot more to answer for than putting porn to the bookshelf at Walmart. It has also brought a lot of work in my direction, men who read it to find out what the fuss is about, and now need a little Mr(s) Grey in their own lives.

Which is easy to say but not, I fear, so easy to stick with. It only needs them to have one major argument, in the heat of which she brings up something that happened in the safe place, and uses it to beat him with (figuratively if not literally), and the entire edifice collapses. And that does happen, it has happened, and I have picked up the pieces on more than one occasion.

So the safe place moves outside of the home, outside of the marriage, to the basement apartment in a well-to-do side street to which potential visitors are directed by discreetly worded advertisements placed within the network of magazines, websites and outlets that cater to...shall we call it “a certain lifestyle” for now? Where I await, with whips and chains, should they be required, with menacing dildos and terrifying plugs, but also with an open ear and a cup of tea. Because that is where reality diverges from everything you may have heard about my trade, and certainly from everything that fiction paints it to be.

Don't Believe What You Read
I have read, and possess a vast library of, the literature of dominance and submission, and I can safely say I have rarely read so much hooey in my life. It would take me a year to live what the average fictional Dominatrix paints as a typical week in her life; and while I readily admit that that is partly my own doing (for reasons I will explain), all the other women I know in this business will agree. Ninety percent of what we call the foot traffic (pun intended) come because they are curious. Seventy-five percent of professed fetishists likewise. Fifty percent of masochists. And so on. They just want to find out what it’s like. And the rest? Most of them just want to talk.

I said there were reasons why my average day is, by most folks’ reckoning, so dull. One of them is my insistence on finding out exactly what a client wants before proceeding to dish it out. The exchange with which I opened this story, for example. He did not want to be punished for what he had done. He wanted to be told what he should do.

My refusal. That’s not strictly true. I have attended several (make that “many”) and I am a willing participant too. But I tell myself it’s professional curiosity that keeps me there, storing up the absurdities that people say and ask for...the wanna-be submissive who marches in and announces she has absolutely no sexual limits, then faints at the first swish of a crop. The so-called Master who blithely dismisses everyone as amateurs unless they agree that knife play is the only practice that matters. The guy who wants to go down on a woman while she’s having her period, and has convinced himself that this qualifies him among the sickest creatures ever born.

And why do I store these up? Because I know, sooner or later, I will be meeting these same people, or someone very much like them, in somewhat more intimate surroundings, and will spend the next hour unraveling the myriad contradictions and erroneous convictions that “someone I met at a munch once told me....”

None of which, I’m sure, is what you want to hear. You want to learn about bank presidents who like to be treated like toddlers, the top politicians who pretend they’re bad doggies...how about the guy who asked me to waterboard him with urine and a pair of my panties covering his face? (I said no, by the way, and sent him packing.)

Well, I could tell you about them, but really, you already know their stories. Because they’re the ones who you can read about in every memoir ever written, and you know what’s really strange about that? The fact that the story never changes. Minor details may waver according to personal kinks, but it is almost like there’s a sausage factory somewhere, churning out identical chains of Submissive CEOs, all with the same basic needs and desires, and all with the same excuses for having them. And if you really want to know more, you should head down to the bookstore and browse the erotic fiction shelves. Because that is where the real action is.

worst day for a submissve, to meet a Dominant who is clever enough to realise that punishment is things we don't like or with holding the things we do.... life was grand while I played with pretend doms.... until i met a real one and He figured out my buttons!