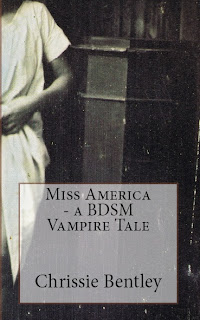 
It lay propped against a table, a sheet of almost opaque plastic, stretched between two pairs of poles, one set long and vertical, the other, short and horizontal.  As I approached, a figure lay it on the floor and pulled back one sheet of plastic… no, latex.  A second sheet lay beneath it.

A voice commanded, “Get in.”

Gingerly, I stepped onto the sheet, then lay down at an angle, my head poking out of the turned-back corner.  Someone kicked me in the side.  “Get in properly.”  Feeling the first flush of panic begin to flutter in my chest, I obeyed.  What was this thing?

I lay down “properly,” my face beneath the latex layer.  Somebody shifted my arms and legs, spreading them until I lay in an exaggerated X.  Hands then pulled the top layer tight and secured it.

“Does she know where the breathing tube is?” I heard someone ask.

I felt with my lips, shifting my head slightly; my nose, then my mouth, met a plastic nozzle; I clasped it greedily between my lips.  However it worked… later, I saw a black plastic tube leading away from the mouthpiece… it brought me air.  And, as I’d been warned, just in time.  A high-pitched whine kicked up, followed by the indescribable sensation of all the air being sucked from the sack.  I was being vacuum-sealed in a latex bag.

I could hear everything and, as the latex formed itself tightly over my body and face, see everything.  I could even feel everything; I realized that, when a hand slapped down onto my thigh, then lingered long enough to draw its fingertips up my leg towards my groin.  But I could not move a muscle; even breathing was an effort, although I was in no danger of suffocation.  I just hoped that my body wasn’t nursing some long-hidden latex allergy.

I lay there, my eyes alone moving, following the figures as they drifted around me.  Somebody knelt and pressed fingers to my lips; somebody else was stroking something hard against my pussy.

I resolved to remain calm.  True, I was trussed up like a turkey.  But if I couldn’t touch them, it meant that they couldn’t touch me, not really. And that meant there could be no penetration, not so long as I was protected by that membrane-thin latex barrier.

I don’t know how long I lay like that.  Periodically, somebody would pass, glance down at me, maybe run a hand along my body.  One pair of fingers tweaked my left nipple viciously; another spent an inordinate amount of time pushing ineffectually at my pussy.  It appeared that this contraption was as novel to them as it was to me, and I wondered if that was the point of the exercise… a demonstration of some new invention by the friendly neighborhood scientists.

Penelope appeared.  At first I didn’t recognize her; I’d never seen her, after all, from my latest perspective, spread-eagled on the floor while she stood directly above my head, affording me an unrestricted view straight up her skirt, to the shaven pussy that crowned her thighs.

Suddenly she spoke, as though she’d just noticed me for the first time.  “I told my Masters about you,” she chirped happily.  “They said I should show you what I like doing.  They were amazed when I told them that you didn’t know how to… you know.” 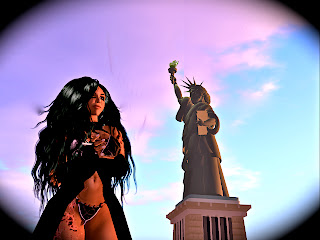 Congrats. Many blessings & much luck.