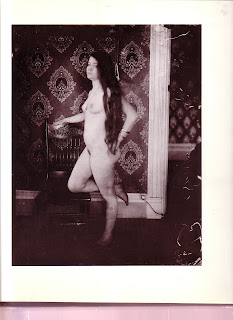 They are the work of EJ Bellocq, a commercial photographer whose best known work was carried out for shipping lines and business owners. After hours, however, he toured the brothels, photographing the ladies. And that's just about all we know about him - various writers and even movie makers have speculated on his motives... maybe he paid the girls, maybe they paid him; prostitution was legal in Storyville at the time, and a smart girl knew that a picture is worth a 1000 words when it comes to generating new customers. Maybe he got his sexual kicks taking pictures, maybe he just paid his rent.

Certainly his family weren't happy; after Bellocq died in the 1940s, his brother is believed to be the one who defaced a lot of the photographer's original plates, before either giving, or throwing them away. They were finally rediscovered in a junk shop in the late 1960s, since when they, and the photographer, have been recognized for the unique record that they are.

I love the pictures, I love the girls that sat (and stood and lay down) for them, and I thought it would be nice to share some with you. Let me know what you think of them. And if you want to see and know more, click here. 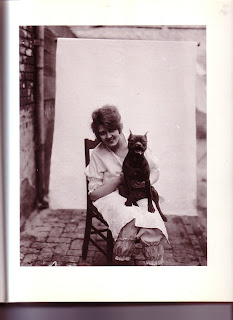 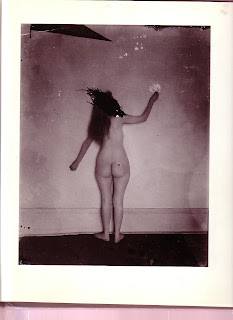 Posted by Jenny Swallows at 2:35 AM