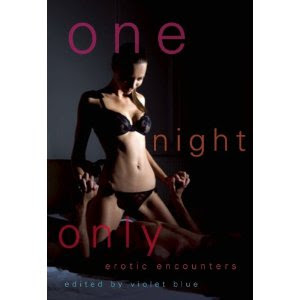 Coming in January (which isn't as far away as it sounds), a new anthology from Cleis Press, edited by Violet Blue, and featuring a new story from Chrissie Bentley!!!!!!

“What’s the most common lie that a guy tells his girlfriend?” Sharon’s eyes were glittering with delight.

“’I promise I won’t come in your mouth.’ And what’s the most common lie a girl tells him?”

click HERE for a sneak preview
Posted by Jenny Swallows at 6:40 PM