Jerking on the dancefloor 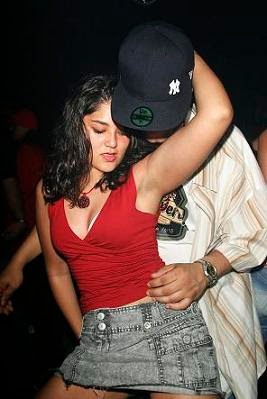 It was one of those clubs where they make you check your bags at the door, and big red-lettered signs warn against taping, filming or smoking.

But they never said anything about the use of sex toys. Especially ones you weren't even expecting to find.

The music was so loud that you had to shout when you whispering, and the dance floor was so packed that you had no choice but to move with the rest of the crowd, a rhythmic swaying and surging that threatened to knock you lurching off balance even as the people packed against you made certain that you wouldn’t ever fall.

I closed my eyes and went with the flow, only dimly aware of all the points on my body where others were squashed against me – an elbow here, a shoulder there, a purse somewhere else, and I don’t know what it was about that pressure on my ass but I knew it wasn’t anything I’d have expected to find. I turned my head as much as I could and the guy standing behind me caught my eye and smiled, which was when I knew for sure what it was. He had a hard-on like you wouldn’t believe and the only thing stopping it from sliding up my ass were his jeans and mine.

I tried to wriggle away but I couldn’t; the crowd was simply too thick. And talking of thickness... I smiled to myself which is when I realized that a part of me really wasn’t trying too hard to get away. There’s something oddly arousing about having a complete stranger just a few millimeters of denim away from fucking you up the ass, arousing and forbidden and heart-in-mouth scary as well, like when you're sitting on the couch while your parents are visiting, knowing that your favorite remote control vibrator is still stuffed down the side... and the remote control itself is in full sight on the table.

And when a particularly hard surge separated us for a moment, I was shocked to find myself feeling disappointed. He was still behind me, I knew, but his body had changed its angle just enough that the wonderful pressure I’d been riding for so long was gone. And I missed it.

I wriggled my ass, hoping to make contact again. Nothing. Just the hardness of his hips… but at least I knew I was close. I shifted from one foot to the other, stepped a little to the left – ah, that’s better. He was still off target but an inch or two more – and then I felt him again, hard between my butt cheeks and I wondered what had changed to make him feel so much more “real”? Which was when I reached behind me with one hand and came into contact with flesh. Hard, hot flesh.

My mind somersaulted. I turned again, and he was still looking at me. Not a bad looking guy, either – probably no-one I’d have gone home with, or even looked at twice under normal circumstances. But the volume of the music, the heat of the crowd, the sudden unexpectedness of everything else ensured that these weren't normal circumstances, I curled my fingers around his cock, moved away slightly to give myself room, and began gently jerking him off to the rhythm, long hard tugs that pulled the breath from his body, short, fast twists that just seemed to make him harder. 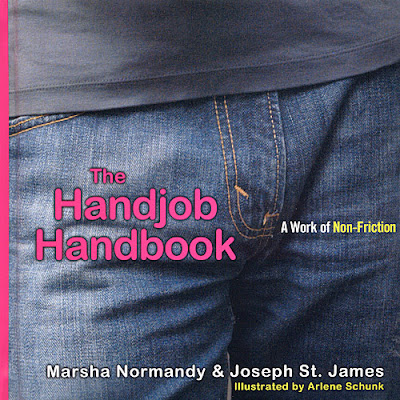 With one exception. I don't think anyone has put this position in a book. I don't even know if he was comfortable, his penis a pretzel that followed my fist no matter where the sway of the crowd sent it swinging. My grip was tight but the crush kept jogging me, and there was one point where my arm was bent at such at a sharp angle that I can only imagine what it felt like for him. But I think that was when his arm draped my shoulder and a hand slipped down to my boob, roughly massaging through my tee until one nipple felt like it was ready to be shot out of a cannon, and the other was screaming "hey, what about me?"

And me, I just kept on jerking him, pulling on that long, fat cock and trying to close my mind to all the other thoughts that were cascading through my mind, like dragging him out via the back fire exit and fucking him senseless in the alley outside; like pushing him into the ladies room and blowing him against the wash basins... like all these things that just weren't going to work because the club was too crowded, the pit was too packed and it's too late now because ... oh my! He's coming, a sudden flood that splashed hot on my fist, and I kept going, still tugging and rubbing, massaging him back to warm, sticky softness until his hand touched mine to let me know I should stop.

I wiped my hand dry on his jeans and turned my attention back to the concert, and the next time I looked around, he was gone.

Posted by Jenny Swallows at 3:48 AM