Love and Lust - A Sex Journal, by Susie Bright 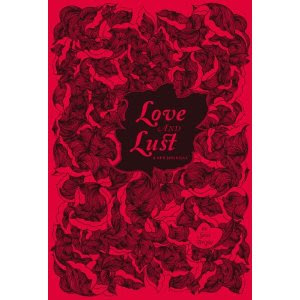 Filling in one of those year-end “best book I’ve read” surveys, I found myself in a peculiar position - knowing exactly what my favorite book is, but never having actually read, or even seen, a complete copy. And by “complete,” I mean with every page filled with words (and illustrations), and every word meaning the world to its author.

Susie Bright’s Love and Lust: A Sex Journal is one of the gifts that appeared for my birthday this year, and it’s been by my bedside ever since. A lot of it has been filled in as well, with the random thoughts and memories that a journal invites. But I really don’t care about my copy. I want to read yours. And yours. And yours. And you over there/ Yours, too.

Sexual confessions are fascinating, but all the more so when they’re written without any thought for some future audience. Because who, aside from the occasional megalomaniacal “man (or woman) of letters,” would ever keep a diary with the intent of it some day being published? And even they would probably draw the line at going to town with this one.

Have you ever had sex with a person you didn’t know at all - a stranger?

What’s the fantasy that would be most likely to arouse you [when you’re not]?

What’s a sexual secret you’ve never shared with anyone?

The format is simple; every page or thereabouts is headed with a question. And the rest of the page is blank, for you to fill in as you wish.

What kind of sex do you think you’ll never like very much?

What’s the sexiest thing to eat or drink before bed?

Okay, I’ve read all the reviews of this book on Amazon, and very insightful they are too, discussing all the ways this book might open your mind to the true sexual being that lives beneath your exterior. How you will reveal hidden depths and uncover secret fantasies. All of which is very honorable, and I’m sure you’re all itching to make such discoveries about yourself. And others.

Do you know anything about the sexual history of any of your family members?

For me, though, this book’s allure would be what you might discover about total strangers, were you to get your hands on their private versions of the book. I don’t know how many copies this book sold... right now, it’s Amazon ranking is 721,118, for what that’s worth. But, just so we have a number to play with, let’s say there’s around eight thousand copies out there, of which three-quarters were started and around half that were completed. That would mean there’s three thousand editions of this book sitting out there, and every single one of them is different.

Imagine that! Three thousand completely unique, handwritten stories, and every word in them tells a truth that the author never dreamed would be read by someone else. Well, almost every word.

Write three sexual confessions about yourself. Make two of them true and one of them a lie.

Are there any sex words you won’t say?

What was the most embarrassing, stupid moment in your early sex life?

The journal is not perfect. More than a handful of questions could have been lifted from a women’s magazine quiz page, and a few of them would be more suited to one of those bumper books of word games and brain teasers that gather dust in the drug store. I neither know nor care what my favorite sexual quotations might be... or does “fuck, you’re a dirty girl!” count?

But there’s no rule that says you have to take the questions literally, so long as you take your answers to heart, because nobody’s going to see what you wrote unless you ever choose to let them.

So, in the spirit of full disclosure, nine questions from the diary are scattered through this posting. And I will now give you the answers. In no particular order, of course....