Fuck me with a cuttlefish 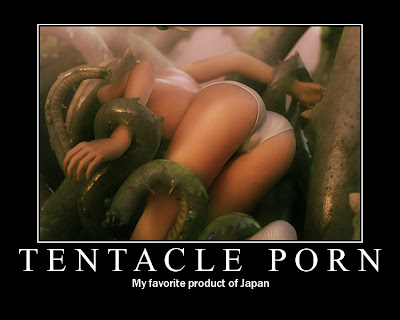 Sadly, real life images are understandably difficult to find. But here's a few Second Life visions for you.... 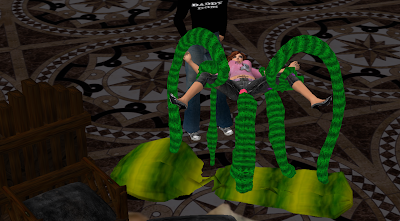 This is what Wikipedia has to say about it 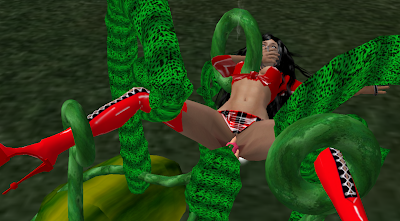 A scholarly paper by Danielle Talerico[2] showed that although western audiences have often interpreted Hokusai’s famous design as rape, Japanese audiences of the Edo period would have associated it with consensual sex. Edo audiences would recognize the print as depicting the legend of the female abalone diver Tamatori. In the story, Tamatori steals a jewel from the Dragon King. However, during her egress, the Dragon King and his sea-life minions (including octopodes) pursue her. Furthermore, within the dialogue in the illustration itself, the diver and two octopuses express mutual enjoyment. 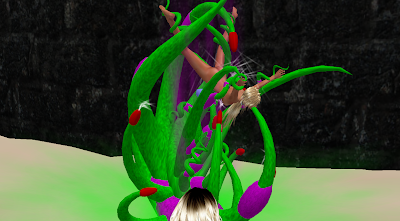 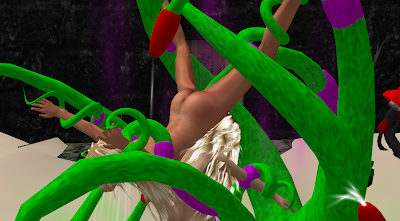 The use of sexualized tentacles has also appeared in American and European films, although with far less frequency. While the historical context of tentacle erotica as a Japanese phenomenon cannot be denied, the use of it in modern films, both B-movie and adult-oriented erotica, may have been given a boost due to Roger Corman's Galaxy of Terror, released in 1980. In that film, a female astronaut, played by Taaffe O'Connell, is captured, raped and killed by a giant worm. The worm uses its many tentacles to first strip the astronaut naked, then penetrate her. 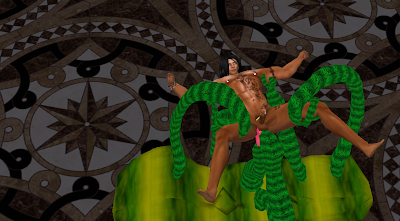 Posted by Jenny Swallows at 3:36 AM