Sex and Soccer - the Sad Demise of Thames FC 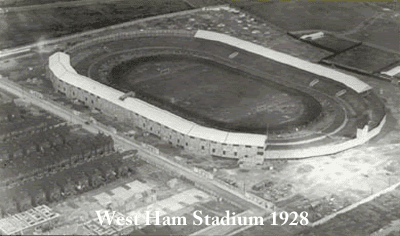 Writing and researching my novel Below Blue London, paranormal historical erotica set in the heart of East London, I found myself in need of a local soccer team ... not a well-known one, but not a hopelessly obscure one. And not a made-up one either. My friend Dave came to the rescue, delivering one up that filled all those criteria - they certainly weren't (and aren't) well-known; but they played in England's Football League, so they weren't that obscure either. But they were only there for a couple of years - with the result that I still receive the occasional indignant letter from readers, telling me there is no such team as Thames FC, and that I should have done my research more thoroughly.

So, for the edification of those and, I hope, the casual interest and sympathy of everyone else, two views of Thames FC. The first comes from the website Historical Kits; the second is an excerpt from my own Below Blue London. Enjoy.

THAMES FC - THE HISTORIAN'S VIEW
Thames Association FC was formed as a speculative venture by business men who had built the enormous West Ham Stadium in the East End of London for greyhound racing. There was no connection with West Ham United, who played at Upton Park, aside from the name and their proximity. At the time dog tracks could expect to attract over 100,000 paying customers to a midweek meeting; admission charges alone could be worth a fortune and additional income could be earned by licensing bookmakers. At weekends, however, this vast stadium lay empty so the directors decided to form a professional football team to bring in additional income. After playing in the Southern League Eastern Division, Thames Association FC was elected to the Third Division (South) in 1930, replacing Merthyr Town by a single vote. On taking up its place in the Football League, the club shortened its name to Thames FC.

Faced with competition from established East End sides, Charlton Athletic, West Ham United, Clapton Orient and Millwall, Thames were bound to struggle and they attracted meagre crowds, including a mere 469 who watched Luton Town on 6 December 1930. In a stadium capable of holding 120,000, this must have been a dispiriting event. After finishing 20th (out of 22) in 1931 they were last in 1932. Rather than attempt re-election, the directors cut their losses, resigned from the League and wound up the club. The stadium continued to be used for greyhound racing and speedway until it was demolished in the early 1970s.

THAMES FC - THE NOVELIST'S DREAM
“Honest, Rose, he lives next door to my auntie. I met him on Sunday, and he said, if I ever want tickets for a match, all I had to do was ask him.”

“Pull the other one, Bertram Williams, it’s got bells on it.” I don’t know what it is about that boy, he just cannot stop himself lying. Last month, he came to work and swore he met Al Bowlly on an underground train, as though the brightest singing sensation of the year would take public transport like you or I. And the month before, he was having dinner with Enid Trevor, the star of Some More Nonsense, because I’m sure radio personalities have nothing better to do with their time than break bread with spotty butcher’s boys from the Isle of Dogs.

Now it was Moses Russell who was Bertie’s lifelong friend. Yes, the Moses Russell, one of the greatest footballers that East London had ever seen, and the captain of Thames FC, which wasn’t quite our local team--that was Millwall, of course--but near enough. The team itself was rubbish, they scarcely ever won a game, and my dad reckoned they’d be out of business by the summer. But Russell was an idol regardless and besides, Thames played at the West Ham Stadium, which everyone knew was one of the best in London. Not only for football, either. They had greyhounds and whippets, and dirt track racing, and there was even a market there on Sunday afternoons. And Bertie Williams had been offered free tickets. Of course.

It was my own fault that he kept spinning these yarns out to me. Ever since I let him kiss me on his birthday last August, he’d been hanging around like a little lost pup, his big brown eyes following me everywhere, even up the ladder when I went to stock the shelves. “You want an eyeful up my dress, young man, I’ll give you one,” I told him and, making sure that old Mr. Bannister wasn’t anywhere in sight, I took a handful of suet and flung it at him. He did look funny, his black hair streaked with white, and he went completely crazy, because he’d spent hours--so he said--combing the Brylcreem in, and now he was going to have to wash it all out.

But I suppose I liked him deep down, because who else was there to fancy round these parts? A bunch of sweaty dock workers, who couldn’t say three words without effing and blinding in the middle, and whose idea of treating a lady properly was to turn their head before they spit on the floor. Sometimes, I hated my dad for moving us here. We were living in Leyton before, right on the edge where it looks towards the forest. And then he was offered this job at Millwall docks, with a company house and everything, and the only forest I saw these days was the masts of the older ships when they came into the port.

“So, do you want to come to the match or not, Rose?” Bertie swung himself up on the counter and sat there, his heels drumming against the wooden paneling.

“Get down from there. Mr. Bannister will have your guts for garters if he catches you.”

“Answer my question, then. It’s against Queen’s Park Rangers, and they’re flying high. It should be a cracking game.”

“I’ll crack you in a minute, if you don’t shut your yap.”

“Show me the tickets and maybe I’ll come.” His eyes lit up and he scrambled down from his perch, whipped a clumsy pirouette across the shop floor, and collided into the beef flanks that hung on hooks from the ceiling. I almost fell off my ladder with laughter.

Well, I’ll never call Bertie a liar again. He not only came through with tickets for the match, but he got us a lift in Mr. Russell’s motor car afterwards, all the way back to West Ferry Road. The game itself was terrible (as if I’m a judge! It was the first I’d ever seen), but, like Bertie said, the one good thing about going to see a struggling team a few days after Christmas is, there was hardly anyone there. Not like some of the matches you see photographs of in the newspaper, where you wonder how anyone can even breathe for the crush.

So I stood on the terrace, bundled up against the cold, resplendent in the massive red and blue rosette that Bertie had made me (“a rosette for a rose,” he announced proudly, as he handed it over; and no thank you, Bertie, I don’t need your help pinning it to my breast). We chatted about this and that, and he’d thought to bring a flask along, so we had plenty of hot tea to drink. And Mr. Russell could not have been nicer, despite the fact his team had lost. “Never mind, we’ll do better next game.”

BUY BELOW BLUE LONDON HERE
Posted by Jenny Swallows at 4:59 AM